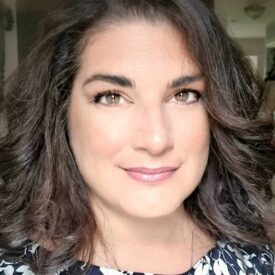 Owning a business wasn’t supposed to be in the cards for me. Although nearly everyone on both sides of my family owned one, and I had really good ideas, and worked as a freelancer while holding a full-time job many times in my past working life, I just didn’t have the confidence in my ability to not only own one, but to own a successful one. Here we are though, getting ready to crack open our eleventh year, and I couldn’t be prouder of what I have accomplished along with my team.

I can’t say it’s been an easy road, especially in the early days. In 2003, I had to leave a job I’d had for 10 years because I had no real options for caretaking our 2-year-old daughter. I had to get crafty and quickly. Michigan (where we lived) didn’t give me many options, so I turned to working mostly freelance as a writer, bookkeeper, virtual assistant, and anything else I could do to cobble together an income to help our household make ends meet. 2006 posed a new challenge when the auto companies fell to bankruptcy, the mortgage industry began to collapse and we had a new mouth to feed. My husband got a job in Virginia, and had to leave immediately. I wasn’t keen on the idea of moving back because to me, Michigan was my home, where I went to school, where I really ‘grew up’,  but knew there had to be something bigger than me out there with better answers than I had. For two years, and with two young children, I forged on trying to keep our Michigan life going, while my husband worked on building a new one for us in Virginia. When we moved in 2008, the financial tsunami we felt in the Midwest hit the Mid-Atlantic, and we found ourselves pushed by the tide back to square one.

This time, it was different though. There was a different vibration here in Virginia; it was more electric, more prosperous, and there was something about HOW people conducted business here. I spent two years doing freelance work for various industries, again stringing together my talents to pull a workable income together. In 2010, I realized so many people worked from home and I was asked to do more and more bookkeeping, more and more admin, and the questions about content writing wouldn’t stop. I had a jarring experience just a few days before Christmas, and the months I had spent wondering “could I?” “Should I?” came to fruition. VersaTel Solutions came to life in January of 2011. I spent days and hours networking and building a client list, and when I wasn’t networking, I was doing all of the books, the admin, the content management, you name it! And no, I wasn’t deterred when I found out I was pregnant with our third child just months later. It only made me more determined. After four years, I hired a person, then another, and after six years, I had hired a few more.

Between years six and eight I ran networking groups, workshops, events, I co-owned a networking organization, and effectively ran myself into the ground. I sold my shares to the networking organization in year eight, and poured myself into creating a role that would support my business in a whole new way. Year nine we phased out social media (however, we do still support our original clients) and brought in recruiting. Year ten we brought in Human Resource. What could year eleven bring us? A whole heck of a lot! But I’ll leave that for another blog.

I wanted to create a business that fulfilled my need to be there for my children, and utilized my years of experience in such a way that I could feel fulfilled as well. When I began to hire people, I wanted them to feel fulfilled also. I put so much of myself in every aspect of this company. I want my clients to feel secure, I want my team to feel secure, and when everyone feels secure, happiness inevitably follows.

My kids appreciate (I think!) how much I gave to them, and in turn, gave to me. There’s still so much further to go, and all businesses (as well as people) grow with knowledge and experience or fade and wither.

This New Year, I will celebrate the last ten years and all its trials and tribulations, and give a toast to our 11(!) years serving the DMV. Thank you for allowing us to be your VersaTel Solutions!